Have I got gum disease?

Bleeding gums may be an early warning sign of gum disease. Patients concerned that bleeding gums could be an indicator of a broader medical issue should beware of common symptoms.

Common symptoms of gum disease include:

Although the most common cause of bleeding gums is often linked to gingivitis (see gingivitis definition below), there may be a much more serious underlying health condition. Medical conditions can develop over time, meaning that any untreated medical case of bleeding gums may lead to bone deterioration and tooth loss if not treated at an early stage.

Bleeding gums may be linked to an array of singular or overlapping non-medical causes. This means that although bleeding gums may not require medical attention, patients must change any habits proving detrimental to oral health. Left unchecked, poor choices in oral health that lead to bleeding gums could escalate to infections and other more serious medical conditions.

Examples of non-medical causes of bleeding gums include:

Where patients have not flossed for some time, bacteria can accumulate between the teeth and irritate the gums, resulting in swelling and bleeding when starting to floss. This will typically stop after flossing diligently for 2/3 days.

Ill-fitting dentures that result in an uneven bite can irritate the gum tissue. Where this occurs, small lacerations can occur, resulting in noticeable bleeding in the mouth.

Gingivitis is an inflammation of the gums caused by the effects of a build-up of plaque on the teeth. Plaque is a sticky substance that produces toxins harmful to the tooth, gum, and bone.

Untreated cases of gingivitis can lead to periodontitis (or periodontal disease), where the infection spreads below the gumline. This can lead to abscess, deterioration of the tooth’s supporting structures, loose teeth, and tooth loss.

Vitamin C contributes towards collagen synthesis, which plays an important role in gum health. Therefore, lowered levels of Vitamin C in the diet can lead to bleeding gums upon slight agitation from cleaning (however, this is rare in Western countries).

Hormonal changes during pregnancy* can result in inflammation of the gums, which means a higher susceptibility to cuts, bleeding, and infection (gingivitis).

* Inflammation of the gums can also result from hormonal changes during puberty, menstruation, the menopause, or as a reaction in some people to oral birth control.

How to prevent bleeding gums and gum disease

The basic advice for avoiding or reversing the effects of bleeding gums and gum disease comes down to maintaining high levels of personal well-being, which includes oral hygiene.

Which toothbrush is best?

The daily removal of bacteria on the teeth is an essential step in preventing the formation of plaque (which can lead to infection, bleeding gums, and gum disease). A soft bristled toothbrush is always advised to help protect the gums – remember, the tooth brush is only meant to remove leftover food and brush away the lightly adhered plaque layer that develops on the teeth during the day, and should therefore not be considered as a scrubbing tool. Medium and hard bristled toothbrushes can cause irritation, bleeding, and infection, which means that the very act of cleaning the teeth can lead to the issues that brushing attempts to avoid.

For further advice on choice of toothbrush, proper oral care, and resolving any issues with bleeding gums or gum disease, always speak to your dentist. 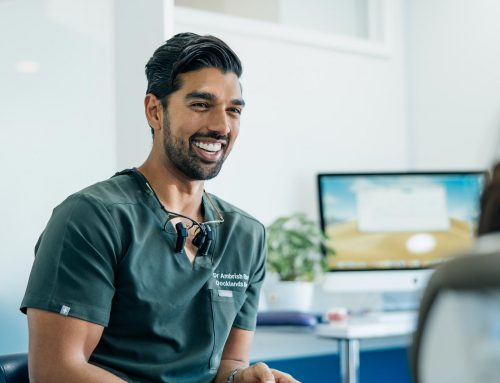 How to Alleviate Jaw Pain

A Complete Guide To Dental Veneers

January 27th, 2020|0 Comments
How to Straighten Teeth Without Braces

How to Straighten Teeth Without Braces

At our dental practice, we are a team of fun-loving dental enthusiasts who are passionate about delivering top-notch care. We never stop learning and are constantly seeking out the latest and greatest technology and techniques to ensure that our patients receive the best possible treatment.

This website uses cookies to improve your experience while you navigate through the website. Out of these cookies, the cookies that are categorized as necessary are stored on your browser as they are essential for the working of basic functionalities of the website. We also use third-party cookies that help us analyze and understand how you use this website. These cookies will be stored in your browser only with your consent. You also have the option to opt-out of these cookies. But opting out of some of these cookies may have an effect on your browsing experience.
Necessary Always Enabled
Necessary cookies are absolutely essential for the website to function properly. These cookies ensure basic functionalities and security features of the website, anonymously.
Functional
Functional cookies help to perform certain functionalities like sharing the content of the website on social media platforms, collect feedbacks, and other third-party features.
Performance
Performance cookies are used to understand and analyze the key performance indexes of the website which helps in delivering a better user experience for the visitors.
Analytics
Analytical cookies are used to understand how visitors interact with the website. These cookies help provide information on metrics the number of visitors, bounce rate, traffic source, etc.
Advertisement
Advertisement cookies are used to provide visitors with relevant ads and marketing campaigns. These cookies track visitors across websites and collect information to provide customized ads.
Others
Other uncategorized cookies are those that are being analyzed and have not been classified into a category as yet.
Powered by