By Gregg Barry on March 4, 2014 in Uncategorized 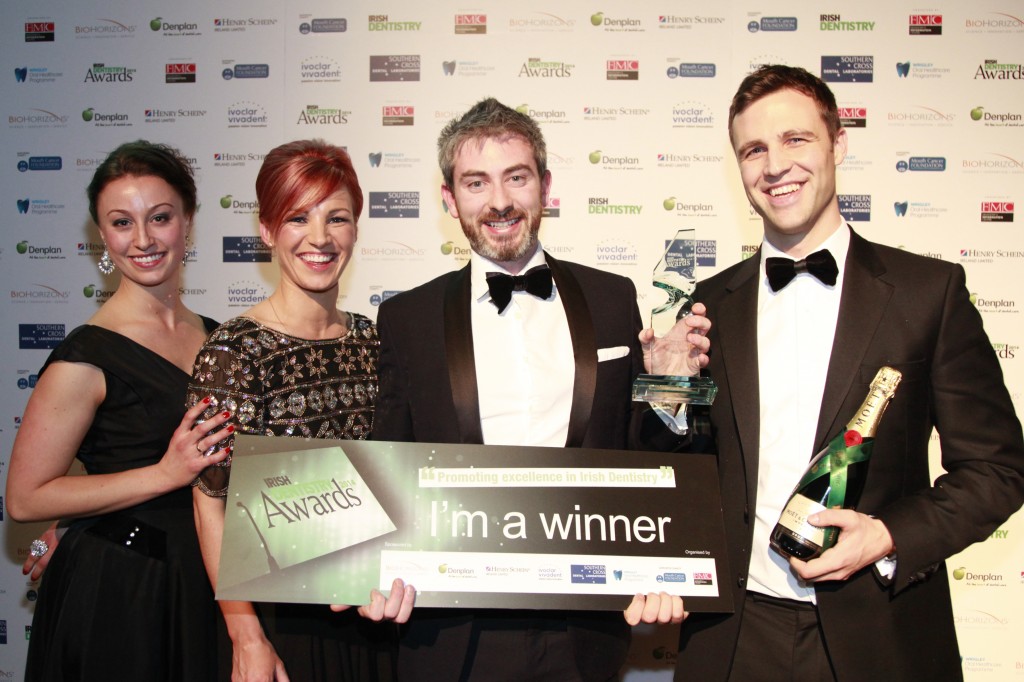 It’s been a hectic year and to complete everything we are delighted to have won Best New Dental Practice 2014 at the Irish Dentistry Awards. These are well recognised industry awards, so we are over the moon to have capped our first year with such an achievement. Below is the interview we did afterwards talking about our experience for our first year…

You can check out the article here – Irish March Docklands Dental

“We talk to Gregg Barry, dentist at Docklands Dental, about the team’s success at the 2014 Irish Dentistry Awards and gathering momentum as a new practice

How did it feel to win Best New Practice at the Irish Dentistry Awards?

We were shocked! We just never thought that we were actually going to win, but we were delighted. It was great to walk up there with the team, and a fantastic boost for us all.

From the day we opened the practice doors in January 2013, it has been a rollercoaster of a year. The team does so much for us and there is no way we would have got to where we are now without each and every one of them.

I think, for the team members, it’s a level of indication to show that they’ve been doing the right thing and still are – it just proves how much work we’ve all put in over the last year. It’s hugely satisfying! 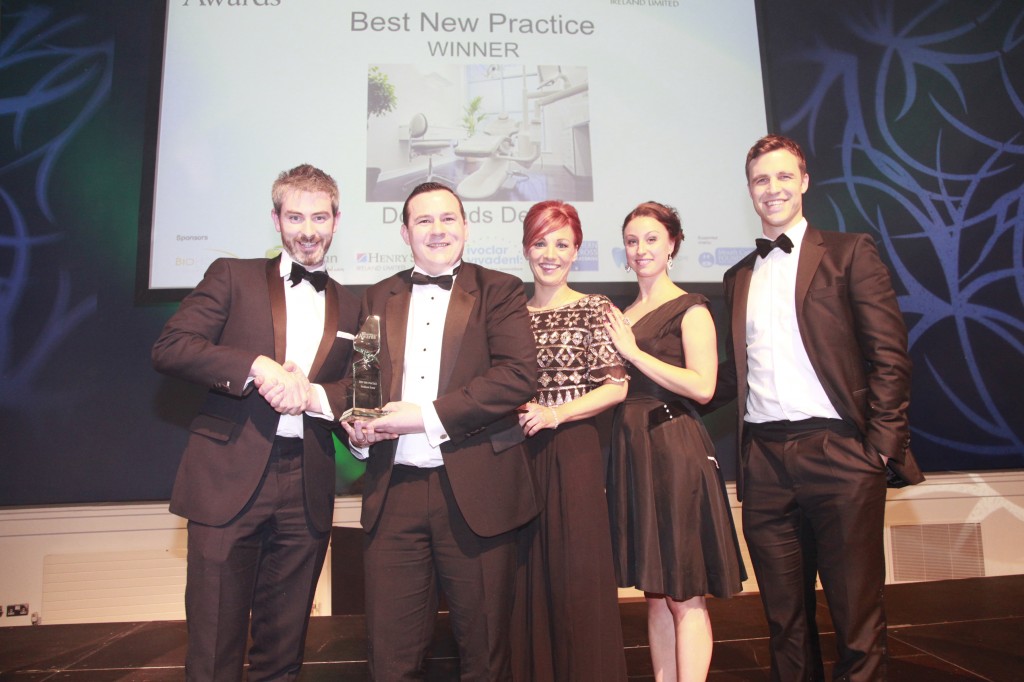 What do you think made your practice stand out from the rest?

It’s hard to know! I’ve actually met quite a lot of the other practices that were finalists for Best New Practice, and they’re all great in the their own ways.We’re just really focused on what we’re trying to achieve for our practice all year, and we try and do that to the best of our abilities.

I know Pembroke Dental Ballsbridge and Ivory Dental Care (both finalists for Best New Practice) very well, and I think they could just have easily won that award, because what they’re doing is very impressive as well.

How do you think the award will affect your practice and team?

I hope it lifts the team – after what we’ve done for the year and what it’s taken out of all of us in terms of effort and time and just getting everything together as a new practice on the scene, hopefully it just puts a nice end to year one.

We have a platform to build on now, to see if what we’re doing is really patient-focused and service-focused. That way, we can carry on moving our practice in the right direction.

What has the reception been like so far, from both your peers and patients?

Fantastic – it’s definitely a really good practice builder and an effective marketing tool to be able to say that you’re an award- winning practice. There’s a great form of recognition from that category that you’ve been nominated for or won; it’s very powerful when it comes to expressing that to patients. We haven’t quite made enough use of that just yet!

We installed a second surgery in our practice last week, so we’re still settling in and getting busier. It’s really about continuing togrow without losing what got us to this place in the first point!

What do you think makes a good practice?

The nature of dentistry has changed so much in the last few years, certainly since I qualified, that it’s now, essentially, a service industry. The care isn’t so much dentist-driven but patient-driven.

Patients will only ever get treatments that they want themselves, so they look at your clinic and another clinic and the prices are all comparable, so they’ll look for the added value around that. Did they enjoy the experience? Was the reception nice? Were the dentists nice? And how were they handled before, during and after the treatment?

The dentistry is actually a small amountof that whole experience, so it’s about making sure the patient feels like they’ve joined a practice and that they’re being looked after on every level. They’re part of the team as well.

What advice would you give to those considering entering the Irish Dentistry Awards 2015?

To do what they do, and to try and do it to the best of their ability. We’re never quite satisfied with where we are – we’re always looking at improving in some way or another. As soon as we think we have it figured out, then we look to try and improve again, somewhere else. It’s only after awards, like the Irish Dentistry Awards, that you can look back and fully appreciate all the little steps that you’ve taken to get where you are today – to be award-winning!

And finally, did you have an enjoyable evening at the Irish Dentistry Awards?

Docklands Dental won Best New Practice at the 2014 Irish Dentistry Awards. To find out more about Docklands Dental, visit the website at www.docklandsdental.ie.

Dr. Gregg Barry is one of the founders of Docklands Dental. He completed his Honours degree at University College Cork in 2008, obtaining the W&H award for operative dentistry. Gregg is also founder and course director for the Docklands Dental Academy, training new graduates in restorative techniques, digital workflows and patient management. Irish Dental Council number - 116/08 View My Linkedin Profile
View all posts by Gregg Barry →
Teeth Whitening Dublin
6 Month Braces ? Could it be for you?

High quality and affordable dentistry in a modern, comfortable and friendly setting in the heart of Dublin.